Dogs culture in Santiago is a little different than back home in the USA. There are the familiar pets on leashes, mostly small fluffy things, and purebreds behind the gates of the well to do, but there are also big dogs, some with collars – many without, in varying states of scruffy that seem to just hang about. Some seem to occupy a supervisory position outside of stores and restaurants, others are obviously just strays, but they all sleep without any concern in the middle of everything. It’s just plain odd. 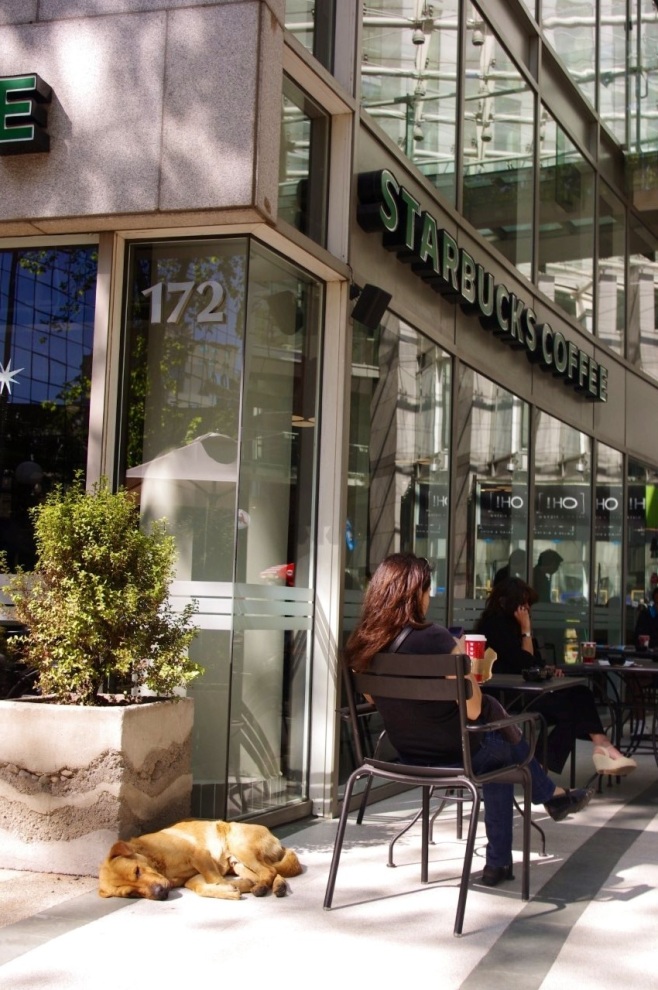 This guy spent the entire day at Starbucks, but wasn’t there the next. He was pleasant enough when we said hello,but didn’t seem to talk to anyone with out an invite. He is bigger than he looks easily rottie height with a big old head. 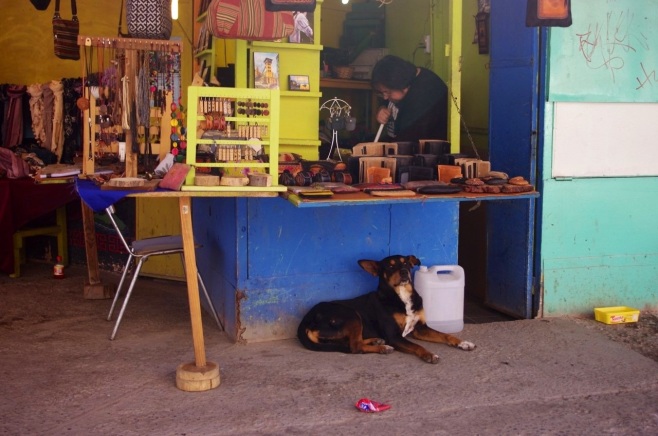 This guy obviously belonged to the vendor. 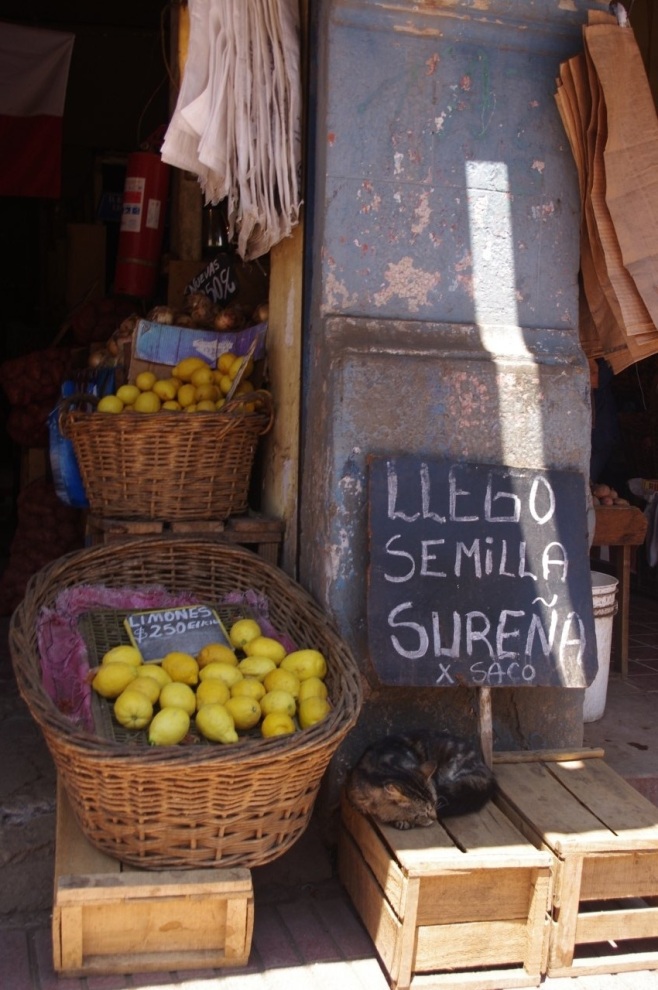 The cats also took their jobs seriously, though like the dogs, it primarily consisted of sleeping.
I am sure there will be more animal posts in the future.