Our first full day in Santiago we went to the large public park, which goes up a mountain, so of course we went up, though not all the way…. Sanity won out. An amazing number of people ran or biked, there must be some serious dirt bike trails judging from the gear we saw go by. The park is apparently landscaped to show case the different Eco-systems found in Chile, what we could see was quite lovely, but not very accessible for me, that side of the mountain thing. 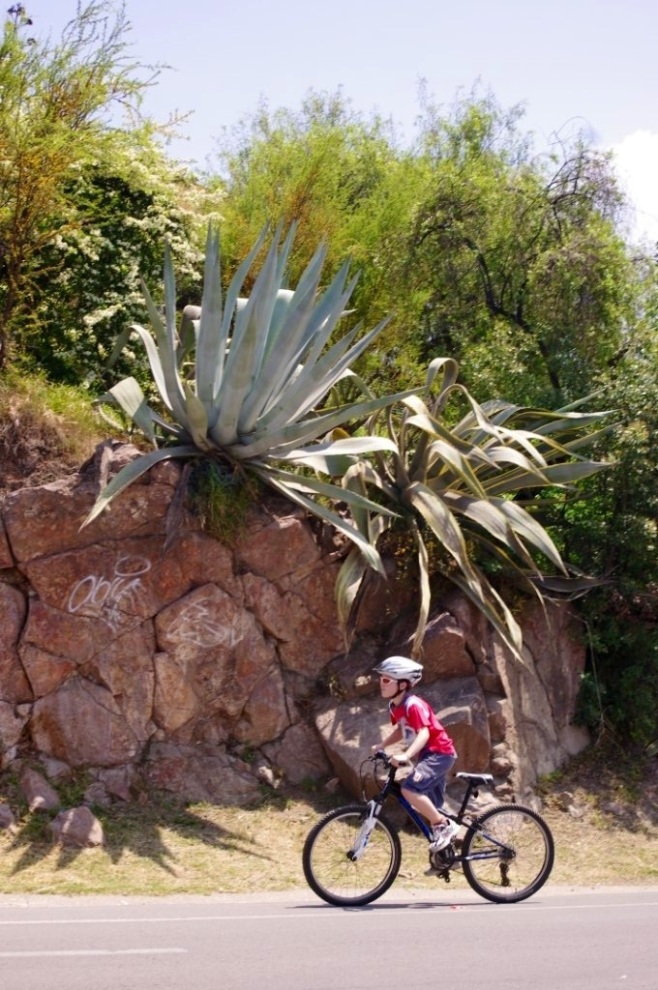 you can see they start the kids early on the whole exercise thing, and I was amazed by the size of the agave (I think…I will look it up later). 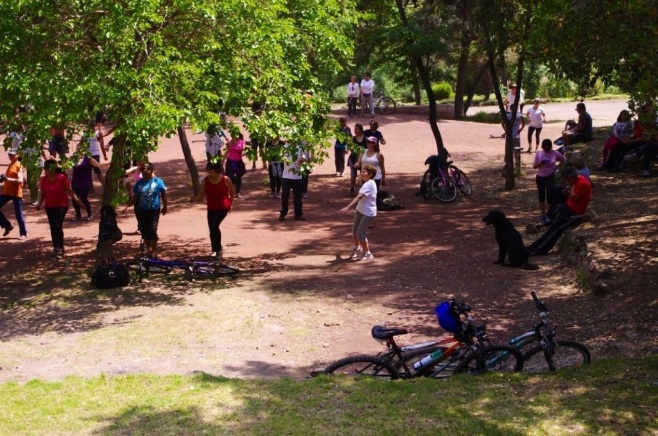 the truly insane hike up the mountain and do this crazy exercise class. It was led by a man and a woman, who were incredibly fit, terrifying really,but if one saw them in street clothes I bet they’d look pudgy. VK might have posted a photo of them at http://www.x111e7thst.blogspot.com . I tried to get the crowd with marginal success, but what I was most amused with was the dogs chilling out and watching (more about the dogs in a later post with pictures).
I am having some technical confusion with the image quality, later poss should be better as I crawl up the learning curve. We will have to see how organized I can be with all this and how reliable the Internet connections are later in the trip.