So we went up again….part of marrying a Kostka is a lifetime of going up….good thing I always want to know what’s on the other side of the hill. Sunday we had been trying to reach a national park, but I had misunderstood which semi marked, vaguely paved road we wanted….apparently the unmarked one. It was good we had gone the wrong way because it was stunning in a different way than Monday’s trip, in which we found the park…Parque Nacional Nevado Tres Cruces. While not quite as high as yesterday, you could still feel the effects of the altitude, maybe more amazing is that we drove some 100 odd kilometers with only seeing one other person, and round trip from the turn off,over 200 kilometers, we saw two cars and three people…just a little isolated. So you go up and up and up until you crest the top of the hill and this is what you get… 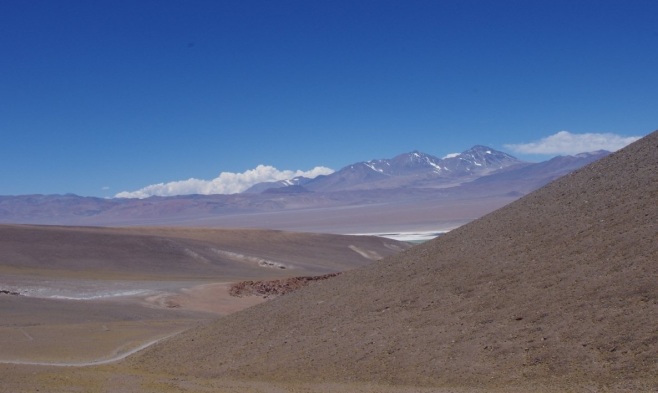 That’s snow on the mountains in the distance and the white in the valley is the goal…Laguna Santa Rosa. 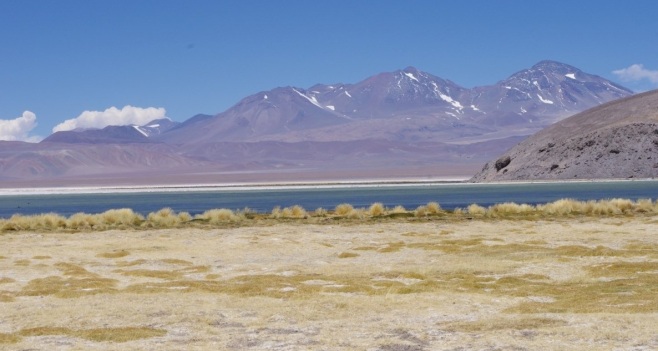 The lakes and wet lands in the park are important wintering and stopping places for a variety of birds including flamingos….but not right now…ah well. What amazed me was the ecosystems created all down the mountains due to drainage from the lake as well as seasonal rain and snow melt (at least that is where I assume the water comes from). 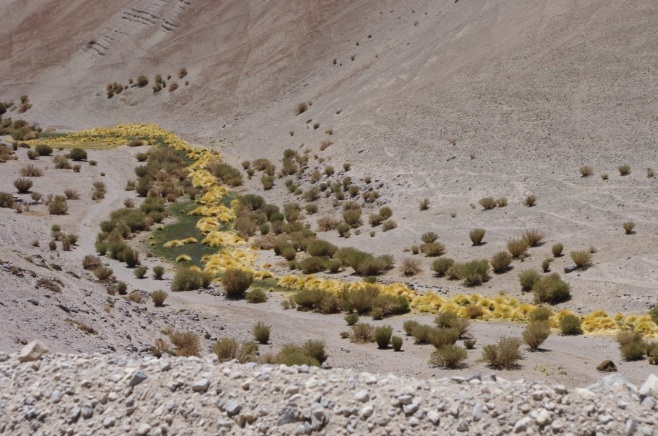 The trail of grasses marking a tiny stream flowing down the mountain, and later widening out into grazing land. 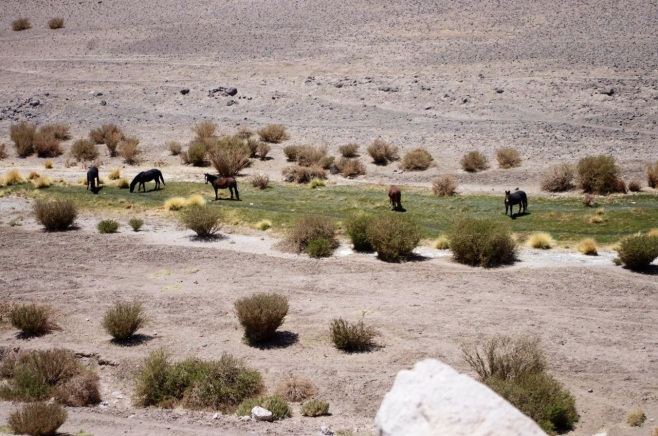 And later it became wider still. 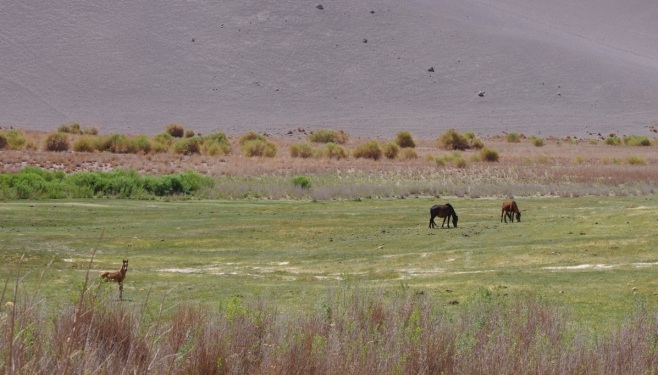 The grey behind the horses is completely barren. At several points going down the topography would open up in such a way for the stream to support vegetation, sometimes grazing land sometimes agriculture and sometimes just bits of green. It appears that the livestock is moved seasonally as the grazing changes, but that is just a guess. This one of the houses along the way down, it was locked up tight but there were active gardens near by and one well fed cat. 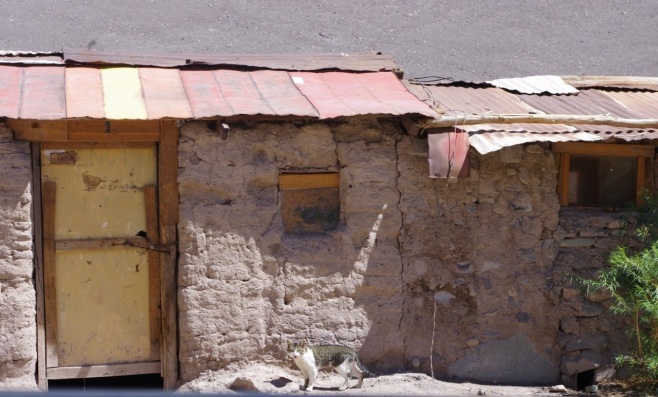