So Tuesday was the epic trip down from Copiapo – the main city in the Atacama region. It is a mining town, therefor absurdly dusty and much less run down than it looks. It is also the home of the rad truck…extended cab, 4 wheel drive, roll bar, lights, giant whip cord antenna, diesel(?) mini pick up trucks. Almost every truck we saw was kitted out like this, most of the ones that weren’t were set up for something specific…and so many of them were red that you noticed when they weren’t, and it was every brand too, VW, Toyota, Ford…… Also being a mining town there was amazing giant equipment every where….mining equipment gives a whole new take on large. We stayed at the first hotel we saw, which was actually nice 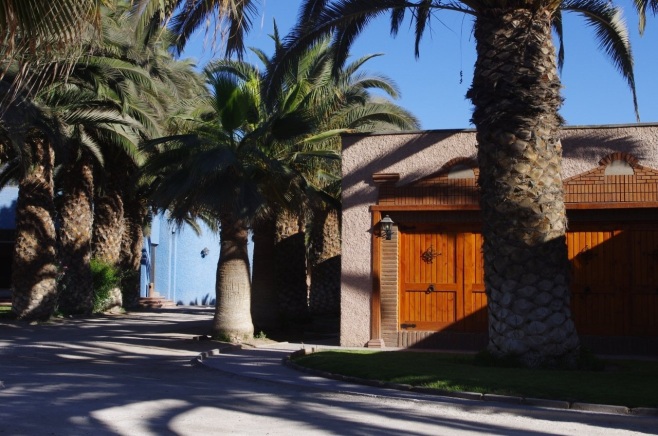 It was also were we realized that the place was full (sort of) North Americans working in the mining industry. I also finally got to ask someone about the shrines, and yes they are to commemorate the dead, interestingly some are for animals. I had been holding out hope for some type of pilgrimage or cult, but no I guess that many people get killed on the road.

This was on the road back from the high desert and one of the big mines. A little further down the road was this inspiration not to drag race