This guy was one of several really nice looking Golden Retriever/Yellow Labs that we saw in La Serena. 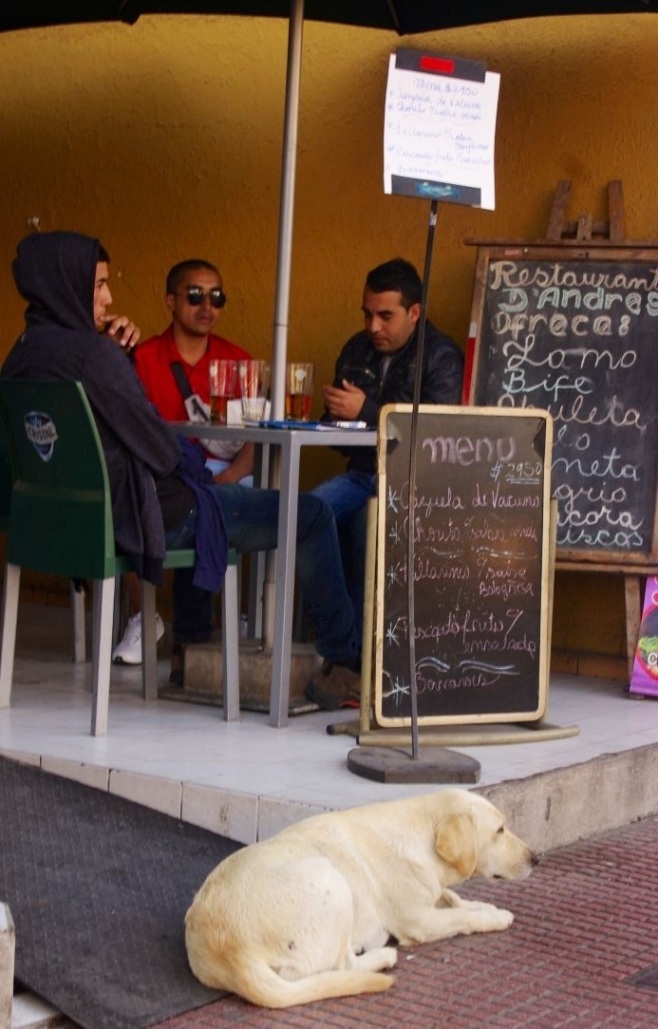 Notice he’s blocking the entrance, nobody cared, just walked around the dogs when they were in the way. He was averaged size for the strays we saw in La Serena, there were also a large number of German Shepards (most of whom looked pure bred).
Questions with no answers….. Why were all the strays big? Who fed them? Why were they all so well mannered? Why did we only see one scruffy looking stray in our time in La Serena? The whole thing was just really puzzling. It was almost like the center of the city was an exceptionally well run dog park. Clean too, only once saw any dog shit. I mean really who is doing all the clean up. 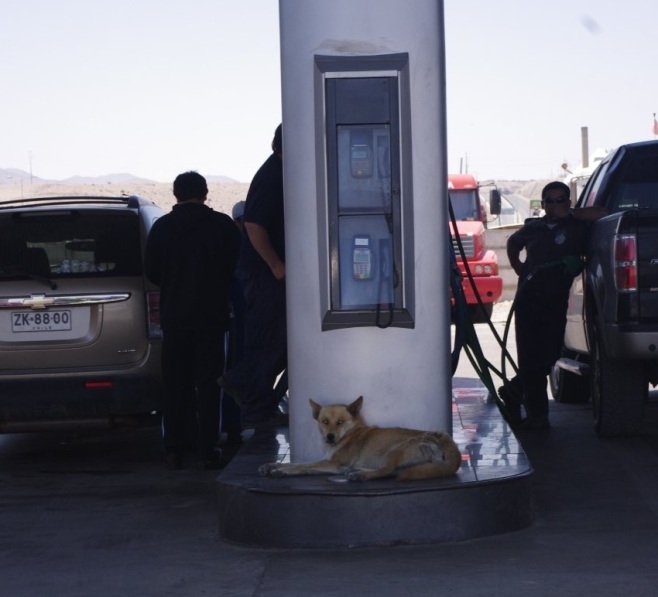 A blue eyed stray at a gas station between Copiapo and La Serena who accepted cookies only after great deliberation, obviously used to a higher class of handout.
And look Squeek has relatives in Chilean mountains. 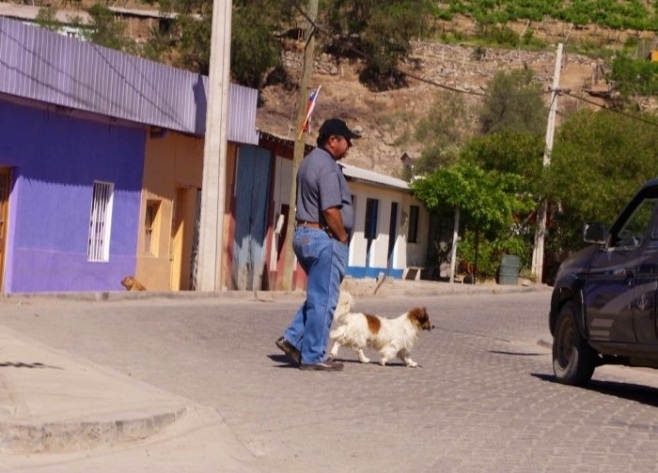