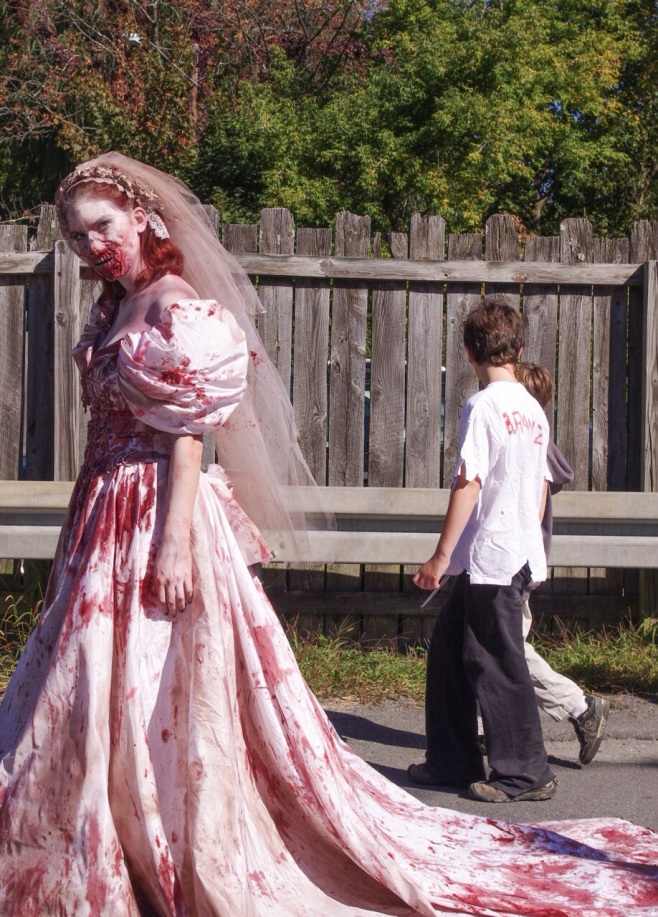 Rosendale had a Zombie Fest, compleat with parade and kick ass bands, to benefit the Food Pantry. I was blown away by the expertise of some of the make up and really amused by the cross section of people who participated. Who would think zombies could be such a unifying force. The costumes make shooting in bright sun a little problematic, the white/grey flesh gets difficult to read and it’s hard to high light the special effects while the zombies are on the move, portraits will probably be a better way to go next year and picking a better (more interesting) vantage point for the parade. Ah well live and learn.

The music was really fun, lots of drummers and a few horns in the ‘marching/sauntering’ band and later great punk music.

It’s remarkable how quickly kids learn to ‘ham it up’ for the camera.

Men find the oddest excuses to wear dresses.
As one can see a good time was had by all. Hopefully next year with better planning I’ll get more photos.