This is Xena, a Eurasian Eagle-Owl.

These owls are wide spread in Europe and Asia and are categorized as ‘least concern’ in terms of conservation. These are really big owls, weighing as much as 10 lbs with wing spans up to 6 feet. Like hawks the female is the larger of the sexes. This particular owl was raised to be a wildlife educator/ambassador. 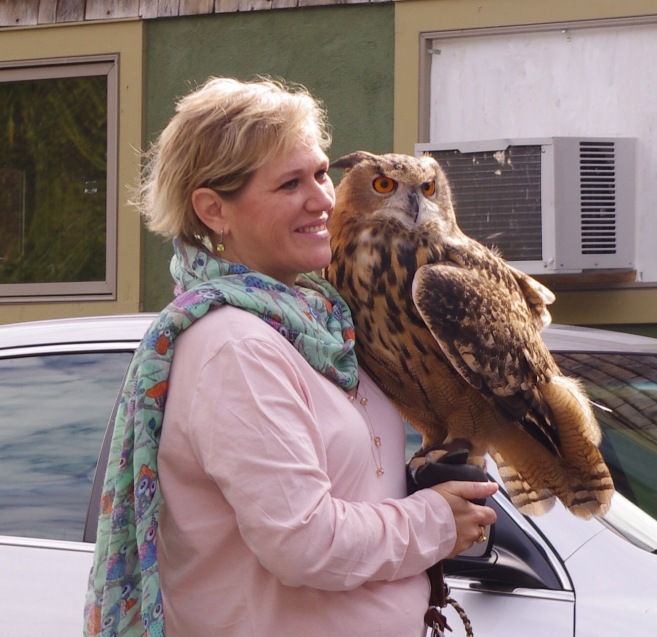 This photo lets you see how big she is. In case you’re wondering I haven’t made any adjustments to her eye color. The bright orange is a characteristic of the species.

In my second attempt at photographing birds on display I was trying to get something a little more interesting than ‘oh cool look it’s an owl’. I wanted to try and show a bit of the handler/owl interaction. I would have really liked to get some spectator reaction, interaction as well, but that didn’t happen. I was very pleased with the two shots above.

This is one of those almost, but not quite shots. The idea is good, shopping with your owl, do they sell mice as well as pork? But the composition just didn’t quite come together, but it’s an amusing moment and the Karl family sell outstanding meat.
I took these at the Rosendale Farmers Market in Rosendale, New York. Which is a lovely little market, that meets behind the movie theater, on Sundays in the summer.