This is the second attempt at photographing this particular wildlife rehabilitator. They were at the Rosendale Farmers Market, which made moving around the birds much easier. I was interested in the interaction between the birds and their caretakers.

After answering questions all morning Annie lost her voice, the owl didn’t seem to mind though he was very interested in her hot drink. It’s a Great Horned Owl.

I could photograph Screech Owls all day long.

This is a Barred Owl. I think they should be named Bard Owls instead, but no one asked me. I believe the hawk in the background is a Sharp-shinned Hawk, but it’s entirely possible that I’m wrong and it’s something else altogether. 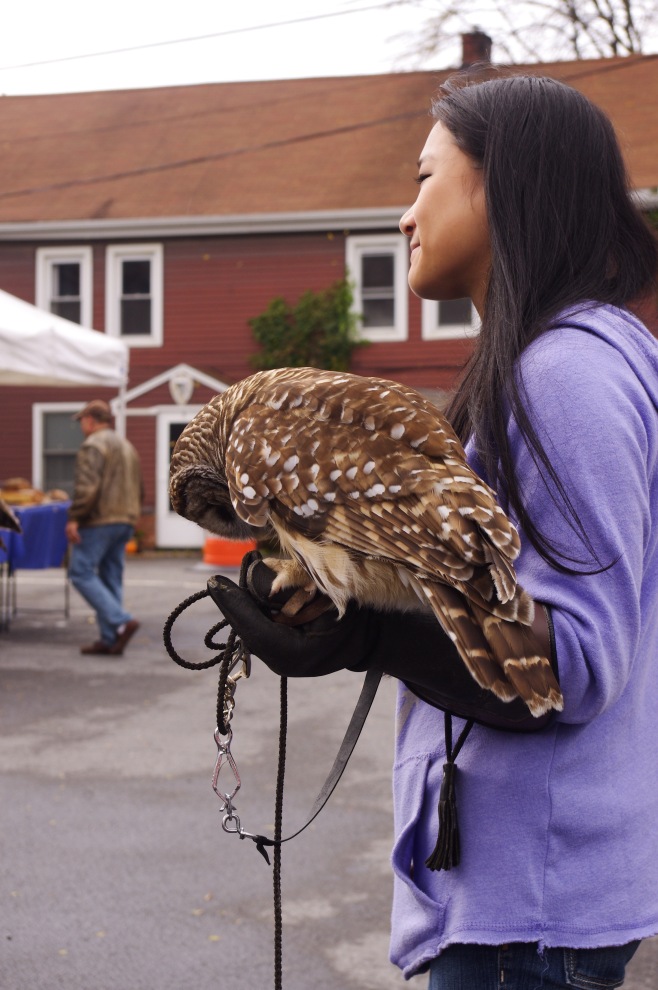