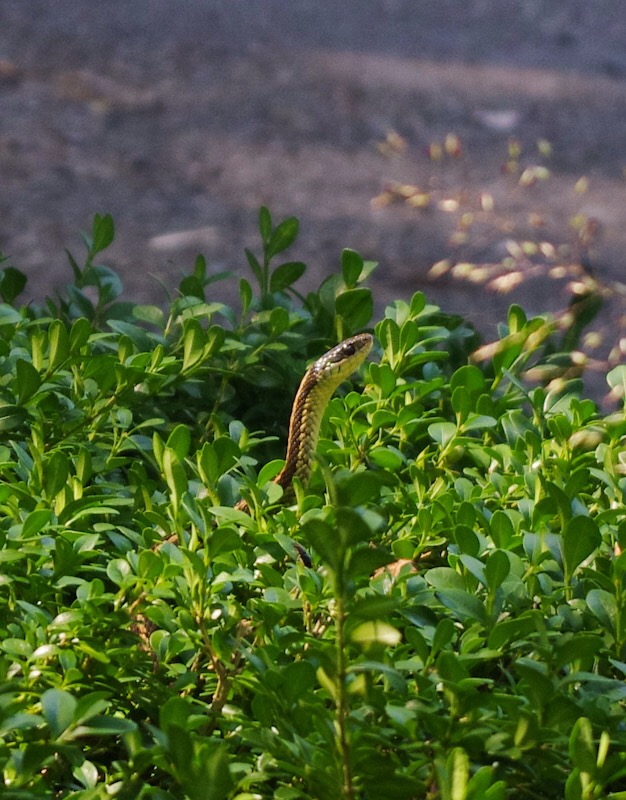 This snake surprised me, at first I thought it was a branch stuck in my boxwood, but no….. It stayed quite still while I tried to find a decent angle. I wish I could have gotten closer. 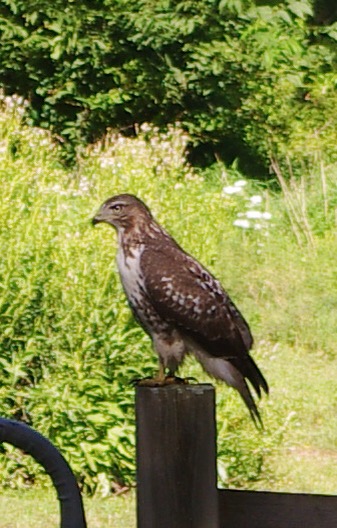 This is a Northern Harrier, not a Redtail. The field marking is a white patch at the base of its tail, that is easily visible when it flys away from you. It had some very successful hunting in our fields after we mowed, spending the better part of the day for about a week. It was very blaise about our presence and several times flew low and slow enough for Havoc to give chase. 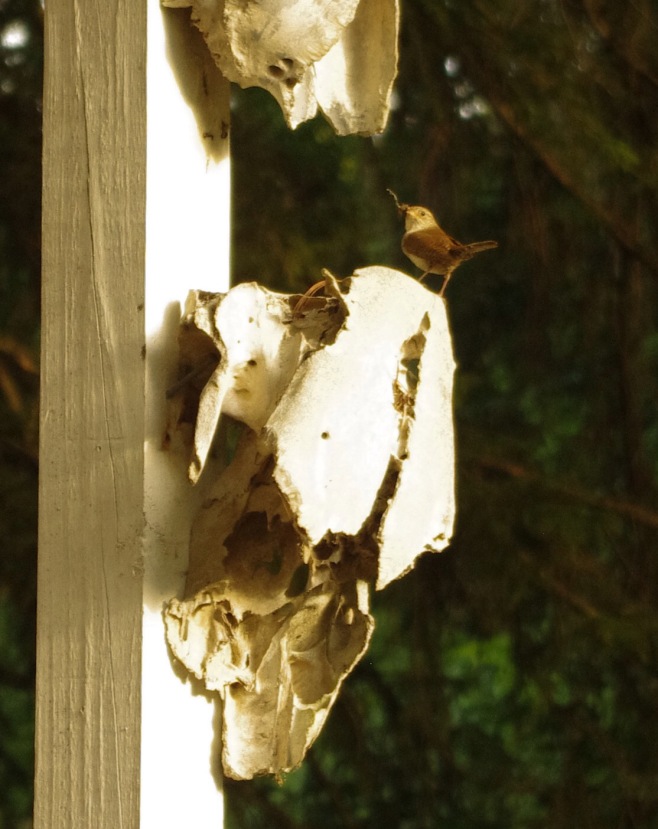 A fuzzy picture of one of our House Wrens. The first nest of the season was in the upper skull (we watched six fledglings leave the nest) and the later nest was in this skull. I don’t know how many fledged from this attempt, they did so in private.

2 Responses to “Miscellaneous wildlife from the garden”